As you’re well aware, the COVID-19 pandemic has led to limits being imposed on public gatherings and large-scale events are just not possible at this time. The health and safety of our members, delegates, partners and employees is our highest priority. ECA has made the decision to postpone the 2020 conference to next year. Although this is a big disappointment for us, we are excited about the prospect of making the 2021 conference the first big occasion for early childhood professionals to meet and celebrate our sector.

Young Citizens: the right to play, learn and be heard

Young Citizens: the right to play, learn and be heard is the theme for Early Childhood Australia’s (ECA) National Conference, to be held in Brisbane, Queensland, from 21—24 April 2021.

Subscribe to the E-newsletter to stay up to date with the latest conference news. 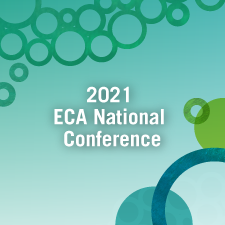 We would like to thank our sponsors—without your support the ECA National Conference would not be possible.

Modern Teaching Aids has been helping teachers and educators deliver the right learning outcomes for over 60 years. We stock the largest array of teaching resources and education supplies in Australia.

Our extensive range of educational products has been sourced from around the world to ensure Australian educators and their students have access to the best quality products. All resources come with a 12-month warranty and are quality assured. We stock over 15,000 resources in robotics, digital technologies, art & craft, mathematics, literacy resources, developmental products, school consumables, STEAM, classroom stationery, science equipment, STEM, sporting gear, school furniture, books, play and educational toys. 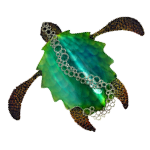 © Wayne ‘Liwingu’ McGinness licensed by Aboriginal Artists Agency Ltd WAYNE ‘LIWINGU’ MCGINNESS, ABORIGINAL STEEL ART, WARU 1 (SEA TURTLE). Wayne ‘Liwingu’ McGinness was born in Atherton QLD where his mother is from. His grandmother was Maggie ‘Djairrami’ Anning and her people, the Ngadjon tribe (rainforest people), were located all over the Atherton Tablelands. Her husband, Gerald Anning, was a fisherman, master lumberjack and one of the Yidinji tribe. Wayne spent the majority of his life in the Northern Territory where his father’s family is from. The Kungarrakan Tribe (paperbark people) of the Finnis and Darwin River area. His grandfather Valentine Bynoe McGinness (a welder, wheelright and mechanic) was born on a mine claim near the Finniss River to a local Kungarakan woman (Alyandabu’Lucy’ McGinness) and an Irish rail worker (Stephen McGinness).His father’s biological mother was Emma Hodges, a Torres Strait woman. And, although Wayne never knew her, his looks and art seem to be a reflection of this mix.

Wayne’s style of sculpture is a result of creating contempary aboriginal art using steel, in both two and three dimensions. Many of Wayne’s designs represent the animals of his childhood and family and of his grandparent’s lands. However, he is always willing to design and create pieces depicting animals from other regions of Australia. The movement of the animals, reflected in his work, is what inspires him as he believes nothing is more natural.Wayne creates all his pieces from Australian 316 marine grade stainless steel, a beautiful steel alloy that is durable, clean and pleasing to the eye.