We are delighted to announce our Keynote speakers for the 2021 ECA National Conference Young Citizens: the right to play, learn and be heard.

More speakers will be announced soon! 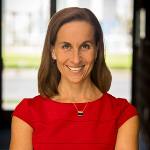 Laura Jana, MD, is a US-based paediatrician, health communicator, early childhood educator and award-winning author of parenting and children’s books. She has spent most of her career promoting healthy lifestyles and addressing the most pressing needs of children, families and communities—both domestically and internationally.

In addition to practising paediatrics, Laura’s extensive portfolio includes her recent work as the Director of Innovation in Public Health at the University of Nebraska Medical Center, and her current faculty appointment at Penn State University’s Prevention Research Center. She is a spokesperson for the American Academy of Pediatrics, and serves as a strategic consultant for a US-based system of 400+ educational childcare centres. She also advises multiple child- and health-related organisations, as well as educational and health technology companies. As a member of ReadyNation’s Brain Science Speakers Bureau, she has also served as the early childhood blogger for U.S. News & World Report, and as a strategic consultant to the Robert Wood Johnson Foundation (Strengthening Vulnerable Children & Families) as well as the MIT Media Lab (Emerging Worlds initiative).

Laura has authored more than 30 books. Her latest titles focus on the critical skills needed to succeed in the 21st century, and children’s foundational development during the first five years. 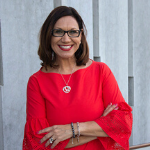 Anita Heiss is a proud member of the Wiradjuri nation of central New South Wales. She is one of Australia’s most prolific authors and has published across genres, including non-fiction, historical fiction, commercial fiction and children’s novels.

Her titles include: Who am I? The diary of Mary Talence; Tiddas; The Macquarie PEN anthology of Aboriginal literature (co-authored with Peter Minter); Kicking goals with Goodesy and Magic; among several others. Her book Barbed wire and cherry blossoms was long-listed for the International Dublin Literary Award, and the anthology, Growing up Aboriginal in Australia (as editor), was recently named the Small Publishers’ Adult Book of the Year at the Australian Book Industry Awards. Her memoir, Am I black enough for you?, was a finalist in the 2012 Human Rights Awards, and she was a finalist in the 2013 Australian of the Year Awards (Local Hero).

As an advocate for Indigenous literacy, Anita has worked in remote communities as a role model, encouraging young Indigenous Australians to write their own stories. On an international level, she has performed her own work and lectured on Aboriginal literature across the globe. Anita is a Lifetime Ambassador of the Indigenous Literacy Foundation, and an Ambassador of Worawa Aboriginal College, the GO Foundation and the Sydney Swans. She is on the Board of the State Library of Queensland, and was recently appointed a Professor of Communications at the University of Queensland. 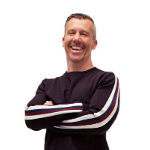 Steve Sammartino is Australia’s leading futurist. He’s created technology firsts, written extensively and he has a rare ability to communicate it all on stage.

Steve starting coding at age 10 and set up his first startup by age 12. He has since built and sold a number of businesses, including one of the first sharing-economy startups, Rentoid.com, which he launched in 2006. Respected global business media giants—including Forbes, Fast Company and TechCrunch—have credited it to be the start of the sharing economy movement that gave birth to Uber and Airbnb.

Steve is a mentor for startup entrepreneurs, and a technology investor. His tech projects have gained global attention and renown: he built the world’s first drivable car entirely out of LEGO bricks—viewed more than 100 million times globally; he sent a toy space shuttle into the earth’s orbit by hacking together a rig for under $2000; and he’s currently building the world’s most modern 3D-printed house—the subject of a new documentary film.

Steve has authored two bestselling books and he writes about technology for Marketing magazine. He’s also written white papers on the future prospects of various industries, and he’s been authoring Australia’s leading business blog for more than 10 years.

Currently, Steve’s on the technical advisory committee for the design of Australia’s new drone regulations. He’s also the country’s most respected media commentator on all things future.